Challenge And GT Days 2018: Making History A Quarter Century At A Time 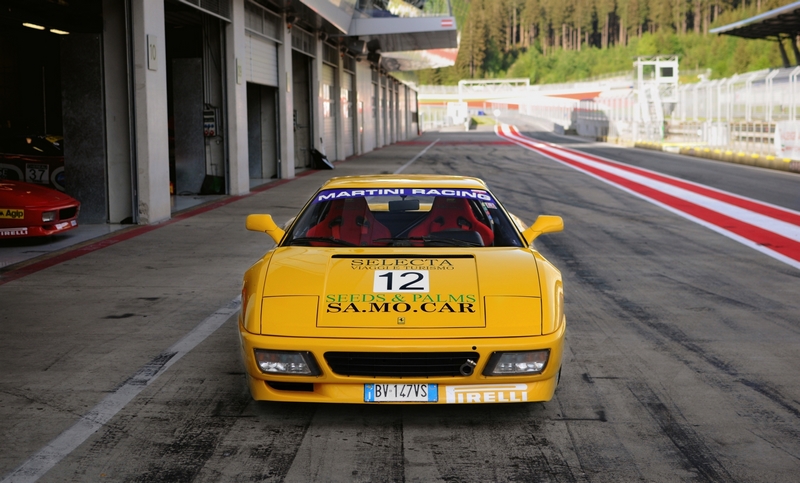 As Ferrari Challenge celebrates its 25th anniversary, a group of the series’ enthusiasts teamed up to throw their own private party. Think an F1 track in the middle of Austrian countryside, dozens of race-bred Cavallinos and no noise limits whatsoever. Feast on!

Nowadays, Ferrari Challenge is a fully developed, FIA-endorsed racing series. It spans the globe with the championships divided into three continental sub-series (Asia-Pacific, Europe and North America) and various trophy classes. The one-make formula consists of race-specced Ferrari V8 berlinettas supplied by dealer-related teams. With numerous rounds taking place at some of the most remarkable tracks and an extensive range of accompanying activities, Ferrari Challenge has arguably become the centre of the major F-brand events.


However it is much less known that introducing the series wasn’t entirely the brand’s own idea. First came the inspiration. The history of Ferrari Challenge originates from a completely stock 348 TS (chassis #93153) delivered to a Roman Ferrari dealer, Sa.Mo.Car, in the early 90s. Initially, the car was not intended for any competition, but its owner (who, quite unsurprisingly, happened to be a racing driver) soon decided to turn the 348 into his working tool. He briefly participated in the 1992 Italian GT championship before being noticed by Ferrari. The self-prepped car drew the company’s attention and was taken for further inspections. The concept clicked and what had begun as an own mods package, within months matured into the official Challenge conversion kit. In 1993, #93153, along other 348s, competed in the inaugural Ferrari Challenge season.


Fast forward a quarter of century and here it is, the very car sitting pretty in the now-deserted pit lane of Red Bull Ring. While all the other Ch-brothers and GT-cousins have already been tucked away in the boxes after long hours of prancing around the track, we get a few more moments to appreciate the Modena-yellow piece of history. As the mechanics get down to work, you can hear Hotel California playing softly in one of the garages. But the whole day has been filled with the sound of all but silence.


Oh, the sound. The ear-splitting, uproarious noise echoing between the grandstand and the Bull’s Lane as the cars speed to the first right-hander. And then, corner by corner, the automotive music spreads over the nearby (and not-so-near, too) hills, making them not only alive, but up and alert as if the world was about to end. Such is the power of the good, old, petrol-fueled, high-revving Maranello orchestra.


But despite the tense soundtrack, there is no drama of fierce rivalry and carbon winglets flying around. Challenge and GT Days are not meant for that kind of action. It is rather a non-competitive, private event focused on the undisturbed driving pleasure. That quality may seem obvious regarding any modern performance car, but the fact how capable yet forgiving they have become puts the “previous generation” in some perspective. Those racing machines from a fairly recent past may lag behind just a little in terms of pure speed, but they make up for it in values that can’t be measured with a stopwatch. And if that raw driving experience is such a gem already, imagine how appealing it will become with time. Guess we will find out in the next quarter of century...